Just when the caterpillar thought the world was over, it became a butterfly – Proverb

There are many ways to describe Naomi – a loving daughter, caring sister, relative, and a cherished friend to many. She was a gifted artist and designer, as well as a skilled geriatrics counselor; who engaged with her community. Naomi was a compassionate and spiritual person, who cared deeply about disadvantaged people and the humane treatment of animals.

In 1998, when she was 30 years of age, Naomi was diagnosed with a terrible, poorly understood illness, Bipolar Disorder. This robbed Naomi of her career, marriage, and much joy that had long defined her nature. Two years later, she took her own life.

The Naomi Ruth Cohen Institute for Mental Health Education was founded in 2002, by her parents Larry and Marilyn Cohen, in honor of Naomi’s memory. NRCI works to reduce the stigma of mental illness through conferences, workshops, and educational outreach to different populations affected by mental illness. 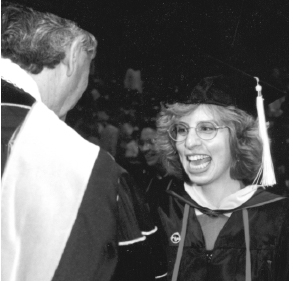