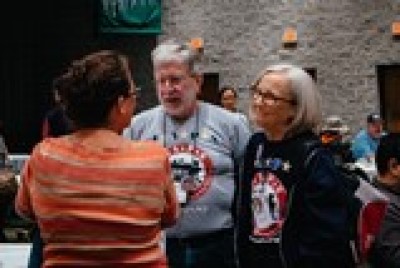 Lutheran Social Services, Girls in the Game, and GirlForward: NRCI’s program developers had a busy summer, as they provided mental health education programs to three different organizations during their summer break.  The workshops covered a variety of topics, including health-self-image, bullying, and positive communications.

September is Suicide Prevention Awareness Month: NRCI is hosting a series of programs at The Chicago School all month to promote suicide prevention.  On September 9, Andy and Julianne Weiss were on hand to have a candid discussion with students and staff about military and veteran suicide, and on September 18, TCSPP’s Dr. Nancy Zarse led a discussion on the aftermath of suicide.

NRCI is heading up a team for this year’s Out of the Darkness Walk, which raises funds and awareness for suicide prevention.  The walk is THIS SATURDAY (September 20) in Grant Park.